This is a blog about dichotomy between project management and “agile working”. It is almost twenty years ago now since a number of thought leaders wrote the Agile Manifesto. We thought and we think it was and still is an answer to the digital disruption that is coming over us. It’s always interesting to see how easily we make associations between phenomena that have no causality. When “agile working”, or what bears that name, was past the stage of a hype, it became a fact, no one can get around it anymore. The first time I heard about it was at a book festival. With astonishment, I heard an arrogant speaker say that project managers were going to lose their jobs.  As a self-fulfilling prophecy, that indeed happened in the years to follow, within software development.

But software developments are still failing. A philosopher once said: “People don’twrite books about the hammer. Because a hammer always works. People write books about things that don’twork.” If we then look at both project management and agile, the observation that a lot of books have been written about them may lead us to conclude that both apparently do not work well. When you look at the number of methods or frameworks, agile is the crowning glory. The number of agile frameworks can no longer be counted. This leads me to suspect that we are very busy deceiving ourselves.

During the hype stage of the agile development some, and some still do, created this false dichotomy between project management and agile working. The project management world fought the threat that agile posed to its own existence. Both worlds stopped talking to each other. By the way, the self-righteousness of many agile opinion leaders also made it unattractive to spend time on this at all. Many of them have a very rigid mind, something that contradicts the agile mindset.

In my opinion, the real problem we have has to do with the absurdity of so-called ‘controlled environments’ and the false certainty of rigorous risk management approaches. The adoption of agile working is more due to the negative impact that methods from the PRINCE2 suite have had on project results than project management itself. To be honest, it is not nice to work in a project that is managed in a PRINCE2 way.

I have not yet met a successful project manager who used PRINCE2 or PMBOK as described in the manual. All successful projects were created by people who, although with a roadmap in mind, were experimenting step by step towards the finish. All of the lengthy and time consuming documents and reports they delivered were because they had to be delivered by the quality departments, the project management offices and other joy robbing organisational entities. It gave the management the apparent but false illusion of control.

Culture is a swamp with a solid foundation. You can’tdrown in it, but you can’tget out. Now that agile is commonplace, we once again see the same need for control. Look at a framework like SAFe, the amount of roles and structures that are there. Not to mention the endless stream of updates. I’m wondering what is driving the change here. That while one of the principles of agile working is to maximize the amount of work that is not done. By the way, the latter is something project managers have always done anyway. Nothing actually changed, good project managers have always been agile, because it’s the only way to achieve something. 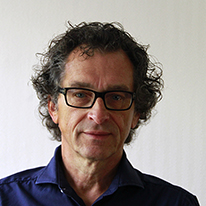